Yoga & Breakfast · Hosted by Ashley Wood
With a blissful yoga practice, suitable for beginners and well seasoned yogis, followed by a delicious and nourishing breakfast prepared with love, begin your New Year with peace, mindfulness and community. Meal is entirely plant-based. Please bring your own yoga mat.

****
Paint Parties & Craft Classes
Paint classes - Everything is supplied for you. No Experience Needed 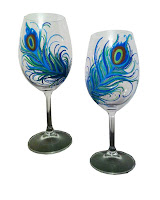 Paint Party, Paint on Wine Glasses
This is a 18+ venue
Those who are underage will not be able to attend.

Beeswax Candle Making Class - Did you know Beeswax candles actually purify the air?
Make your very own Beeswax 12 tealights, 2 container candles, as well as a wick dipper.
Wick dippers extinguish candles with NO smoke!
*
January 20, 2018 at 10 AM - 11:30 AM
$35 for each class

Learn how to make your own liquid and dry laundry soap from scratch! We will also make wool dryer balls to be scented with essential oils. Dryer balls cut your drying time, reduce wrinkles along with static and eliminate the need for dryer sheets and fabric softeners.
You will make and take home your own dry and liquid laundry soap plus 2 dryer balls.

January 17 at 6:30 PM - 9 PM - Exchardt Gramatté Hall
All are welcome to attend a free screening of Birth of a Family,
directed by Dr. Tasha Hubbard, a 2017-18 UWinnipeg Weweni Speaker Series scholar.
The film will start at 7:00 pm and will be followed by a Q&A with Hubbard.

Betty Ann, Esther, Rosalie and Ben were four of the 20,000 Indigenous children taken from their families between 1955 and 1985, to be either adopted into white families or to live in foster care. Meeting for the first time, they spend a week in Banff, sharing what they know about their mother and stories about their lives and the struggles.
More info here: http://mediaspace.nfb.ca/epk/birth-of-a-family/
*
January 23, 2018 at 6 PM - 9 PM
Register / Questions? Email preventit@littlewarriors.ca or call 1-855-922-9010

Little Warriors invites you to Take Action and attend a FREE Prevent It! workshop to learn how to protect your children or children in your organization from child sexual abuse. This workshop is for parents, professionals and volunteers that work or interact with children. Participants receive a workbook and certificate of attendance.

Little Warriors is a national, charitable organization committed to the awareness, prevention, and treatment of child sexual abuse. 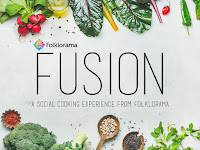 Folklorama is pleased to present FUSION: A Social Cooking Experience.
Learn how to make traditional cuisine from Winnipeg’s Filipino and Japanese communities while indulging in a three-course cultural meal!
The evening will feature live entertainment and demonstrations from Folklorama community members and will be hosted by Mandy Shew from 103.1 Virgin Radio.

Suspended Animation - Cartoon Art Show - Submissions Now Open!
Hot off the heels of success of the all Simpsons-themed ‘That’s It, Back To Winnipeg’ art show, the fine folks who brought you that Technicolor marvel are back! This time every cartoon under the sun gets a taste of the action!

The Handsome Daughter and local artist/comedian J.D. Renaud are curating an all-cartoon themed art show, ‘Suspended Animation’, highlighting the creative and twisted talents of the Winnipeg art scene!
*
January 18 at 9 PM - 11 PM
$15  Tickets Available at The Handsome Daughter, or online

Comedy at the Handsome Daughter is proud to present, all the way from Vancouver, headliner Gavin Matts! Gavin was named the 2017 winner of the SiriusXM Top Comic competition at JFL42, winning appearances at all the Just For Laughs Festivals in 2018, including a JFL: All Access which will premiere on the Comedy Network.

Stranger Things 80's Party
Stranger Things reinvigorated our love for 80s horror movies. To celebrate season two we're throwing a Stranger Things Party dedicated to the best era for the genre. We're playing 80s music all night and are dressing to look the part.
Come as your favorite 80s villain, hero or heroine, and dance the night away to the best 80s jams there is. Don't worry - we'll throw in some Halloween flavoured songs as well!

After graduating from McGill University in 1961 and apprenticing with Louis Kahn in Philadelphia, Safdie returned to Montreal to oversee the master plan for the 1967 Universal Exposition. His design of Habitat 67 lifted the Israel-Canadian architect to the top ranks of Canadian architects, earning him international recognition. This documentary takes us to Boston, where Safdie teaches at Harvard, showing some of his recent projects. It also follows him on his first visit to Israel in fourteen years, where he works on the plans for the Mamilla neighbourhood of Jerusalem, a long-term project designed to bring the city’s Jewish and Arab communities together.

We are excited to have Chad Vangaalen!
Accomplished visual artist, animator, director, and producer, VanGaalen has scored television shows, designed puppet characters for Adult Swim, directed videos for Shabazz Palaces, Strand of Oaks, METZ, Dan Deacon, and The Head and the Heart, and produced records for Women, Alvvays, and others. Mauno will be opening the show.

Winnipeg March acknowledges that we march on Treaty 1 territory and that the land on which we gather is the traditional territory of Anishinaabeg, Cree, Oji-Cree, Dakota, and Dene peoples, and the homeland of the Métis Nation.

We march in solidarity with women and human rights groups from across the world. We march to show that the progress made in 2017 was not enough. There is still work to do to protect and advance the rights of women, and the rights of all vulnerable citizens in our country. If you think 2017 was a loud year for women, you ain't seen nothing yet!


Women’s organizations in Winnipeg invite you to a timely conversation about women’s issues and practical tools for community organizing and lobbying in Winnipeg.

Chantel Marostica Hosts in their Drag Persona "Crushin' Beaver" with guest DJ's and a DRAG OFF. Six Queens + Kings Face off for an every hour on the hour Drag War! These gems will lip sync and one of our fabulous Queens or Kings will take it all... a cash prize and the New Queers Queen 2017 Crown!
*
January 21, Doors 7PM - Show 8PM - 10PM
Tickets $5 Advance/$10 Door
($5 Door price for family & friends of students)

Club 200 has VLTs, a full service restaurant and an energy filled dance floor featuring Winnipeg's best club music. Club 200 is a gay owned & operated club. Come down for the fun you've been missing!

FREE Workshop: Crystal Basics
Discover the secrets behind why crystals and stones work on the metaphysical level to help support you in making change in your life. Learn how to identify and feel crystal energy. Experience crystal vortexes created through crystal grids.
*
January 21, 2018 at 10 AM - 12 PM
Tickets

Spellbottle Magick - In this demonstration workshop you will discover the history and usage of spell bottles and how to effectively use them in your Magickal workings, from the blessing to the baneful. Love, success, prosperity and cursing. No threefold or law of return in this kind of working.
This will not be a hands on crafting workshop, detailed demonstration only.
Bring a pen and notebook as there will be no handouts.
**
January 21, 2018 at 1 PM
Norwood Community Centre, 87 Walmer, Winnipeg, Manitoba R2H 3H4
Tickets

Snowflake Winter Wellness Festival
Infuse your winter with movement, rejuvenation, inspiration + connection. Create your custom schedule with curated wellness offerings with instructors from across Canada.
The Prairie Yogi community is gathering in the depths of a prairie winter at the historic Fort Garry Hotel in downtown Winnipeg to move, heal, and take care in our harshest season.
This all-inclusive investment in self includes lunch, afternoon snack + coffee/tea service.

Members of the public, with a household income under $50,000, can drop in at Siloam Mission for assistance with a legal issue. Students, under the supervision of a practicing lawyer, will help you sort out your options and map out your next steps. Get answers to your questions about the law and legal processes in Manitoba, and/or receive help in finding and accessing community resources.

Beer & Botany
Grab a beer (or wine/cocktails/coffee/tea!) and some food/dessert - and join us to make a terrarium to take home!

****
January 27, 2018 at 10 AM - 10 PM
Osborne Village, Winnipeg, Manitoba
Tickets You can register a team for just $120!
The 2018 Osborne Village Winter Classic! 4 on 4 Street Hockey takes over the Village with live entertainment, and good times for all ages and skill levels.
A heated Tent with Live Entertainment will make this a fun filled weekend!
Posted by Margaret Ullrich at 7:16 AM