This Valentine’s Day housepanther and Wrecker release their collaborative effort titled "homewrecker", a collection of songs and stories dedicated to the theme of infidelity, is a project started by Bailee Woods who joined forces with Nick Mann in 2017, and have been playing live band shows with various friends since then! Club Soda Lows is the first album released in March 2018.  https://housepanther.bandcamp.com

A project inspired by death and rebirth, "wrecker" is the musical works of songwriter and performer Jory Dylan Strachan.  https://wreckertunes.bandcamp.com

The Good Will & UMFM are proud to present Shad w/ guests
If you boil down Shad’s trajectory as a hip-hop artist up to this point, it all comes down to love. He has used his platform as a rapper, a musician, and a writer, to search for and highlight all the love this hard world has to offer.

Shad’s family settled in London, Ontario after fleeing the Rwandan genocide. He came up like a lot of first generation Canadian kids, with this cultural duality and the sense that this good country had some baggage that he’d have to unpack some day.

In the past five years, Shad has emerged as a vital broadcaster: after departing his hosting gig on CBC Radio’s q, he went on to host the Hip-Hop Evolution docu-series, whose 2016 season was released by HBO Canada and earned both a prestigious Peabody Award and an International Emmy Award.
*
March 3, Doors 7 | Concert 8 PM – 11 PM
Tickets $15 Advance | $20 Door

Yuri's cello wizardry and Erin's singular voice have blended their symphonic and jazz backgrounds to create a new concert of inspired repertoire.

Erin reaches into the everyday and blurs the edges, creating works that are at once deeply personal and achingly relatable.

Longtime principal cellist of the Winnipeg Symphony Orchestra, Yuri Hooker is well-known for his passionate and soulful interpretations of a wide range of repertoire. His frequent solo appearances have met with wide acclaim.
*
March 4, Doors 7pm / Show 8pm – 11 pm
Tickets at Into the Music Osborne, The Good Will and online  18+ w/ valid ID

“Finally Free” marks Daniel Romano’s eighth long playing album in the last eight years. He has had a prolific output of incredibly entrancing, poignant and creative records in this span of time. His last record, “Modern pressure” received outstandingly high acclaim and praise from every notable publication out there.

Dead Soft is a four piece rock n roll band from Vancouver, BC comprised of members Nathaniel Epp, Keeley Rochon, Kyle Schick, and Alex Smith. After forming in 2011, they have released a string of EPs and singles leading up to their debut self-titled album. Blending hefty portions of heavy, dirge-like punk with an upbeat pop flourish, Dead Soft has been known to evoke an aesthetic of doom and sweetness in equal measure.

February 15, Doors open 7:30 pm / Show 8:30 pm – 2 am
Tickets can be purchased online as well as from the lovebirds and their wedding party.

Love Hangover Show-cial - Teela Tomassetti and Ryan Ash are getting hitched June 21st! Instead of a typical Winnipeg social they felt that it was only right that they put on a show for all of you by throwing a SHOW-CIAL!

Along with the show will be the typical social customs like salami shoulders, jaw dislocating amounts of cheese cubes and 50-50 and prize draws.
Come have a Love Hangover with the best of the best in the Winnipeg comedy scene. Hosted by our cupid Tim Gray and featuring this incredible line up:
Ashley Burdett, Andy Noble, Paul Rabliauskas
Dana Smith, Angie St. Mars, Ben Walker, Jordan Welwood
*
February 18, 8 PM – 10:30 PM
Tickets

A live recording of Superbomb!, the podcast about the most comically bad comic-book films ever made! Featuring special guests Paul Rabliauskas, Kevin McDonald, and Ashley Burdett, and we'll be watching/discussing Fantastic Four: Rise of the Silver Surfer!
For this live show, it is recommended that you watch the movie before attending the show so it's easy to follow along and to get all the jokes/references.
There will also be games and prizes to be won!
*
February 27, Doors at 7:15 pm / Show at 8:00 pm – 10:30 pm
Tickets

Taggart & Torrens: Bahds 'n Suds Tour
Jeremy Taggart was the drummer of the Canadian rock band Our Lady Peace for 21 years. He has also worked with a number of other high-profile Canadian musicians including Tom Cochrane and Geddy Lee in addition to mentoring and doing production work.

Jonathan Torrens is known to TV audiences as J-Roc, the would-be rapper on Trailer Park Boys. He’s also appeared as a regular on Street Cents, Jonovision, The Joe Schmo Show and Mr. D, in addition to guest appearances on This Hour has 22 Minutes, DeGrassi and Royal Canadian Air Farce.

Together, they form Taggart & Torrens, the successful podcast duo, recently surpassing the 2 million downloads mark on iTunes and SoundCloud, The podcast and touring live show is a celebration of Canadian culture through fond reminiscences and party games. Their book Canadianity: Tales from the True North Strong and Freezing is published by HarperCollins.

STREETHEART - LIFE, LEGACY, MUSIC with guests: The Pumps and Orphan

February 15, 7 PM – 10 PM - Please join us for the opening reception of
“Arcane”, an Art Exhibition by Tamara Roshka, featuring paintings, photography and illustration available for purchase.

Arcane was intended to be a personal journey of experimentation and abstraction. And yet, I have found that it developed into a journey of experimentation with colours and imagery. Refined ink lines in my botanicals are a nod at my original passion for ink illustration. Bold colours and enigmatic choices in my new landscapes and skyscapes have helped me break out of colour palette I was all too comfortable in. These new paintings bring a sense of curiosity and intrigue. My new Magic Rabbit series is an interpretation of dreams and nightmares that plagued me as a child – I try to capture the beautiful terror of these dreams through this collection on canvas board through gouache paint primarily, with accents in various mixed media. -Tamara

No Water, No Paddles, No Problem!
Dial up your long weekend excitement for the one-of-a-kind: Wild Winter Canoe Race.
Build your team of five and charge down the snow-packed course in head-to-head heats. Feel the energy and the roar of the crowd! More info https://wildwintercanoerace.com/

13th Annual Lac du Bonnet Ice Fishing Derby
Over $45,000 in Cash and Prizes are up for Grabs!
Join us for the Ice Fishing Derby where size doesn’t matter! With our hidden length and time derby, all you have to do is catch a fish for your chance to walk away with the first prize of $10,000 cash. In fact, you don’t even have to catch a fish at all to be able to win one of our amazing randomly drawn prizes.

9th Lake of the Prairies Ice Fishing Derby
$30,000 in cash and prizes

Pot Luck and Club Ride to Glen Bay Warm Up Shelter with all our Passionate Snowmobile Family. It doesn't get better then that.  Details will be emailed to you.

57th Annual Canadian Power Toboggan Championship
Featuring 2019 Pro Star Cup Tour Round 7, Friday Night Under the Lights and so much more! Come out and support this amazing annual event!

Warm up in our Beer Gardens! Merchandise available inside.
Fully stocked Concession stand for you to enjoy!
*NO OUTSIDE ALCOHOL PERMITTED*

February 16, 9 AM – 5 PM
Universal Shamanism Workshop - Level 1
Come explore the magical world of Shamanism from a cross cultural universal perspective with Kristel Kernaghan. The word Shaman originated in Siberia, and is a Tungus word, meaning “the one who sees in the dark”. The Shamanic practitioner learns to enter an altered state of consciousness to access other dimensions and realities to acquire knowledge, power, and healing. The shamanic practitioners also learn to work with power animals and spirit helpers and teachers to aid them on this journey. Shamanism is the oldest form of spirituality with traces going back 50,000 years.

Prerequisite: None. Students are encouraged to bring a drum and/or rattle.
Investment: $194.25 (includes GST) 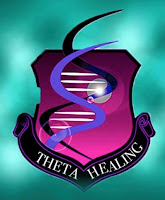 Feb 22 - Feb 24
Register
Basic ThetaHealing Certification Workshop
Hosted by Kristel Kernaghan
We are essentially organic computers riddled with programs and belief systems. Your subconscious mind is 88-90% of what is running your thoughts and actions, your conscious mind is only 10-12%.

ThetaHealing® is a powerful healing technique that reprograms the unconscious mind and your DNA - identifying and unblocking belief systems that are blocking your path to wellness and replaces them with positive beliefs.

The heart of this class is the practice of techniques that allow you to change life patterns held in place by core, genetic, historic and soul beliefs, either self-inflicted or externally imposed. The student will learn to identify his/her own beliefs as well as to practice pulling them for others in the class. Issues of safety are emphasized, especially when making genetic changes in the body.

Prerequisite: None, just a belief in a higher power.
$582.75 (includes GST). Includes: ThetaHealing® Book and Manual

Divine Clarity for Teens – Level 1
This is a great introduction class for teens looking to understand energy, spirits and more!
Includes: Handout, Personal Chakra & Aura Picture and Pendulum (Valued at $45.00)

$126 (includes GST). A 30% discount will be given on each additional child in the family.

Fresh Start Healthy Heart is a fun introduction to the fitness basics and will give you tools to keep it up at home. The three different classes (yoga, boxing, total-body workout) are all being taught at a beginner-level. It’s a great restart for those who’ve been thinking about becoming more active but maybe aren’t sure where or how to get started.

Participate in 3 beginner-level fitness classes in 3 hrs for $30 and learn how you can reduce your risks of cardiovascular diseases while still having fun!
Everyone goes home with 3 one-month workout calendars from each class that you can continue with at home!
Silent auction prizes!
Enjoy a free back and neck massage, provided by MC College students!
Proceeds raised are donated to the Heart and Stroke Foundation.