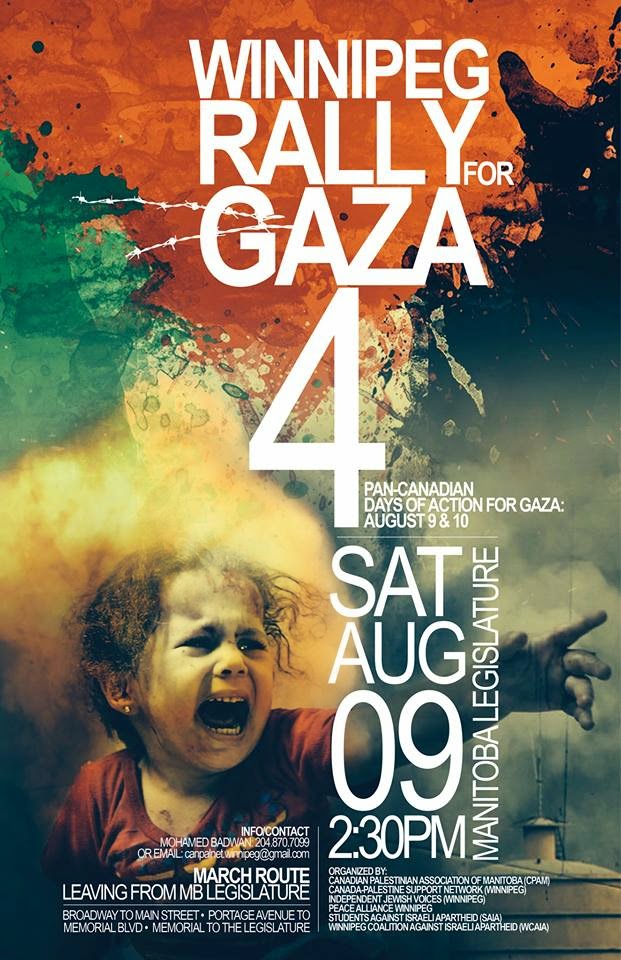 Local lawyer Louay Alghoul, who lost 10 family members when their homes were bombed by
Israeli F-16 fighter planes, will say a few words.

Donations for Gaza can be made through:
Islamic Relief Canada
Human Concern International
Omahat Without Borders

ALL OUT FOR GAZA!
STOP THE MASSACRE!
END THE SIEGE!
BOYCOTT ISRAEL!

Louay Alghoul received word three family homes were demolished by Israeli shelling on Saturday and of the 10 people killed, six were children.
These are not people who are wishing for death.  They go to schools, they look for jobs, they play in the streets, they call you uncle, they wish for a future.

Mandy Patinkin wants you to know that his name was Samih.

Many Canadians have been watching in helpless horror the unfolding of events in Gaza and the unfathomable suffering endured by the children who are trying to survive there.
We respectfully urge all Canadian hospitals to add their names to the list of Ontario Hospitals who have already reached out in compassion to offer treatment to Palestinian children who desperately need help. 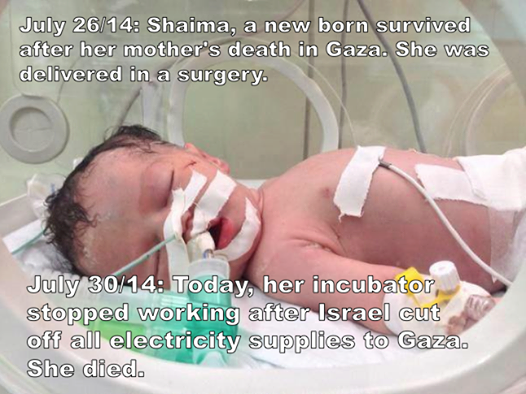 The Morden Corn and Apple Festival has grown into one of the largest street festivals in Manitoba, attracting over 50,000 people to enjoy three days of activity-packed fun.

The largest parade in Manitoba winds along Morden streets on Saturday morning and Wonder Shows Midway brings out the kid in us all. Other activities include a petting zoo, the Old Tyme Dancing, a Vintage Car/Harley Davidson Show and Shine, Mud Racing, plenty of crafts, street vendors and food for all to sample and buy.

****
Winnipeg is said to have more cafes and restaurants per capita than any other major city in Canada.  Our food tours highlight the Exchange District's sights and sounds, revealing selected culinary  favourites in Winnipeg’s heritage district.  They continue to August 28.
Join us for a gourmet experience sure to inspire your taste buds.

An annual celebration of community and culture. North End Community Renewal Corporation (NECRC) is proud to partner with Aboriginal Music Week presented by TD at Picnic in the Park.  There will be many different activities, information stands and, of course, food and prizes.

In April 2011 Manitoba experienced a 1-in-350-year flood. To save urban centres, unprecedented water levels were diverted to Lake St. Martin. First Nation communities in the area were swamped, and 2100 people forced from their homes for what they thought would be just a few weeks. But weeks stretched into years…

The people interviewed are devastated, as they struggle with feelings of isolation, loneliness and dejection:
We’ve lost more than just houses. Our family structures are being broken down, our community structure is broken down. When you take somebody’s home, you bring devastation to their lives. You take their roots. You take their grounding.


People think we get everything for nothing… If only they could see.
Posted by Margaret Ullrich at 7:19 PM