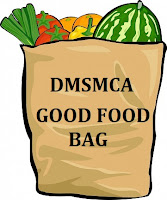 Registration is required. For more information or to register: Ev at goodfoodbag.kd@gmail.com

BodyTalk for Help and Healing - Free Session hosted by Shameless Circle
Join Jennifer Oborne Crolly as we explore BodyTalk, a gentle and effective form of Mind-Body healthcare that follows the client’s deep knowledge of what is needed. A BodyTalk Practitioner is trained to listen to the body’s priorities, and can help to unwind the many complex factors that impact upon one’s health.

Jennifer is an educator, helper, and Certified BodyTalk Practitioner who has walked as a ‘healer-type’ for 30 years.

Shameless Circle has Luisa for a FREE Empowering Mini Make Up Session.
Luisa is a pro makeup artist and managing partner for Aura Hair Group at their St. Vital location. Please register at shamelesscircle@gmail.com

Siloam Mission is seeking donations of mittens and gloves to keep our community members warm. We are running low and the cold weather is here to stay for a little while longer.
We accept used (clean) and new items!
Tax receipts can be issued for NEW items so long as the receipt and donor info are provided at time of donation.
Feel free to contact donate@siloam.ca with any questions regarding donations.

Fires do unfortunately happen frequently in Winnipeg. If you have such items which have been outgrown or are being replaced in your home, why not box them?
That way you'll be ready for the next time there's a request, so that you'll be able to help your fellow Winnipeggers. Thank you!

The WAG is open Sundays from 11am to 5pm.
From 2pm to 4pm, Canada Life Free Sundays@WAG will feature free activities for the family, including games, art making, tours, films, and performances.
Fuel up at the cash snack bar from 1pm to 5pm.

February 9: Read by Queens: Hear the dazzling tales read by Winnipeg’s most fabulous drag queens in Kent Monkman’s Shame and Prejudice: A Story of Resilience then sashay through the Gallery alongside them.

Park Cult Movie Nights presents This Is Spinal Tap, which shines a light on the self-contained universe of a metal band struggling to get back on the charts - its complicated history of ups and downs, gold albums, name changes and undersold concert dates, along with requisite groupies, promoters, hangers-on and historians, sessions, release events and special behind-the-scenes moments that keep it all real.

Park Cult Movie Nights presents Buffy The Vampire Slayer
For Buffy Summers (Kristy Swanson), nothing is the same after Merrick Jamison-Smythe (Donald Sutherland) tells her he's been sent to train her to fight vampires. Buffy is a quick study, and soon takes fellow student Oliver Pike (Luke Perry) under her wing. But, when a very dangerous vampire (Rutger Hauer) gets rambunctious, she must go to war again.

Formed nearly two decades ago, Bedouin Soundclash debuted in 2001 with the album Root Fire. Their acclaimed sophomore release Sounding a Mosaic (2004) featured the hit single, “When the Night Feels My Song”, earning their first JUNO Award in 2006 for Canada’s Best New Group. In 2019 the band re-emerged to release their fifth studio album MASS.

Shawn Holt & the Teardrops, with Blue Noise
If you like what Magic Slim and The Teardrops have been doing for the last 35 years, you will enjoy that unique sound with Shawn Holt fronting his dad's band.
In 2014 Shawn Holt and The Teardrops won the Blues Blast Music Award for "New Artist Debut Album for Daddy Told Me".

Geoffroy, presented by Winnipeg Folk Festival, is a Montreal based singer, songwriter, multi-instrumentalist and producer. After debuting in 2015 with the Soaked In Gold EP, he released his full length album, Coastline. The following two years marked an emotional period - extensive touring, world travel, and the loss of his mother. The result is a rich, detailed, thoughtful and deeply personal effort.

"A little folk, a little rock, and a lot of heart! That's what you get from the The Justin Lacroix Band.” - London Free Press

The Foster Martin Band was formed in 1985 by Lyle Foster and Ray Martin who co-wrote the songs on their four CDs. Foster on drums, Sean Borton on lead guitar and vocals, Brian LeClair on saxophone and percussion, Ray Grenier bass and vocals and Lyle Baldwin on lead vocals, fiddle, mandolin, acoustic and electric guitars.
A Four-time Manitoba Country Music Association Award winner, Quinton Blair is a tale-spinning songwriter.

Join researcher and writer Gail Perry for an illustrated lecture about the prolific architect John D. Atchison. Born in Illinois and trained in Chicago, Atchison later worked with  “the father of the American skyscraper”, William Le Baron Jenney. After working in Chicago for 11 years he moved to Winnipeg in 1905.

In under twenty years, John D. Atchison shaped the backdrop of Winnipeg, designing over 160 buildings and advocating for its green and monumental spaces. He was a proponent of the City Beautiful Movement, a member of civic planning committees and the mind behind the mall approach to the Legislative Building.

February 15 - 1 p.m.
Birding Hour Workshop - Owls of Manitoba
Learn to recognize all 12 species that call Manitoba home with our Resident Naturalist, Paula Grieef. Members $6, non-members $15.
*
February 17
Voyageur Day
Test your Voyageur skills through activities such as Voyageur Challenge and Bannock Tossing. Learn how to make your own delicious Bannock at 11 a.m. & 1:30 p.m.
Bring your skates and gently glide on Cattail Pond or take up sponge hockey.
Join an interpreter on a snowshoe walk and look for clues of wildlife activity.
*
February 20 - 7 p.m.
Astronomy Night - Sketching the Night Sky
All supplies will be included. Members $5, non-members $10.
An indoor presentation will be followed by an outdoor observation session.
*
First Goose of the Year Contest
Guess the date and time of the arrival of first Canada Goose at Oak Hammock and you could win a family membership for one year! To enter , fill out a ballot at the Centre.
The contest closes on February 29 or when the first goose is seen.

Basic ThetaHealing Certification Workshop - Hosted by Kristel Kernaghan
Your subconscious mind is 88-90% of what is running your day to day thoughts and actions. ThetaHealing® is a powerful healing technique that is used to reprogram the unconscious mind identifying and unblocking belief systems that are blocking your path to wellness and replaces them with positive beliefs.
Prerequisite: Just a belief in a higher power
Includes: ThetaHealing® Book and Manual

Before he fought the Predator, and before he was The Terminator, Arnold Schwarzenegger was Colonel John Matrix.

Kid Camps help children understand responsible pet care, animal safety, welfare, and empathy for our furry friends.
Are you looking for a camp for your little ones during Spring or Summer Break?
The WHS camps give children a chance to learn about animals and responsible pet care. We provide a look into our shelter and show campers how we help animals here find new and happy homes.


With age-appropriate crafts, games, workshops, appearances from local animal groups, and fun activities, the WHS will help your child make the most of his time.
Posted by Margaret Ullrich at 7:33 AM