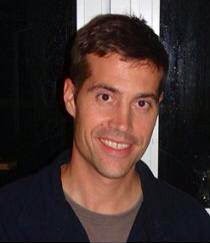 in memory of journalist James Foley, beheaded by ISIS
His parents would like his picture to go viral, instead of the ISIS beheading video.
August 2014

The unthinkable is happening in the Middle East.

The Islamic State, also known as ISIS, has rolled through Iraq, and they are brutal beyond imagining.
They've given Iraqi Christians an ultimatum: "Convert, leave, or die."
They’ve marked Christian homes and businesses like the Nazis marked Jewish homes.

There are bipartisan calls for the Obama Administration to focus on destroying ISIS, instead of just containing it.
Please sign and share our petition to stop the genocide of Christians in Iraq

This came this morning...

Just a few minutes ago I received the following text message on my phone from Sean Malone who leads Crisis Relief International (CRI). We then spoke briefly on the phone and I assured him that we would share this urgent prayer need with all of our contacts.

"We lost the city of Queragosh (Qaraqosh). It fell to ISIS and they are beheading children systematically.

This is the city we have been smuggling food to. ISIS has pushed back Peshmerga (Kurdish forces) and is within 10 minutes of where our CRI team is working. Thousands more fled into the city of Erbil last night. The UN evacuated its staff in Erbil. Our team is unmoved and will stay. Prayer cover needed!"

Please pray sincerely for the deliverance of the people of Northern Iraq from the terrible advancement of ISIS and its extreme Islamic goals for mass conversion or death for Christians across this region.

May I plead with you not to ignore this email. Do not forward it before you have prayed through it. Then send it to as many people as possible.  Send it to friends and Christians you may know. Send it to your prayer group. Send it to your pastor and phone him/her to pray on Sunday during the service - making a special time of prayer for this. We need to stand in the gap for our fellow Christians.

"And what does the Lord require of you?
To act justly and to love mercifully and to walk humbly with your God."   -Micah 6:8