The Oak Hammock Marsh Interpretive Centre is located 30 minutes North of Winnipeg on highway 67 between highways #7 and #8.
For more information call (204) 467-3300 or email: j_bourgeois@ducks.ca

April 1 - 12 to 3 p.m. - Special presentation at 1 p.m.
Dog Adoption Fair
The Manitoba Mutts Dog Rescue organization will have adorable dogs for adoption.
Staff will be on hand to answer all your questions!
*
April 2 - 1 - 2 p.m.
Birding Hour - Learn to identify the nests and eggs of birds in this workshop hosted by our Resident Naturalist, Paula Grieef.
Pre-registration is required. Workshop fee is $6 plus admission.
* 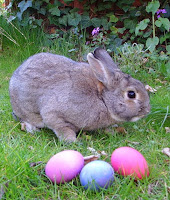 Enjoy Special Easter Lunch in the Café
April 16, 11:30 a.m. to 1:30 p.m.
Reservations recommended for Easter lunch.
*
April 20 - 8 p.m.
Astronomy Night - Telescopes. A special theatre presentation will be followed by a stargazing session from the rooftop observation deck.
$5 for members and $10 for non-members
*
April 22 & 23 - 1 to 3 p.m. on both days
Nest Fest - Learn how to attract cavity nesters such as birds and bats. Build your own nesting structure during one of our workshops or take home some plans to build your own. Cost based on structure selected.

Winnipeg March for Mental Health
There will be prizes for the TOP 3 people who raise funds through registering!
Inspire Community Outreach Inc. will be providing Registration Packages. All proceeds will be donated to our free mental health programming for children, at risk youth, and for families here in Winnipeg.
Registrants will receive a T-shirt and a package of coupons/items from local businesses (limited to first 50 registrants), and a tax receipt for their donation.

Come and join us and celebrate your strength!
March with your loved ones! March with our community!
Wear purple to celebrate Mental Health!


This event is to raise awareness and lower the stigma that surrounds mental illness. Registration is not required for enjoying the walk or attending performances.

Write_On Winnipeg!
In support of Letter Writing Month, join us for an evening of letter-writing.
Please RSVP at tiny.cc/writeon to secure an official Write_On Kit (supplies are limited!) and to enjoy the evening’s in-store special event and giveaways.

PCWM Presents: (Re)Claiming Space and Music
Please join the Provincial Council of Women of Manitoba as we are joined by:
Iskwé
Rayannah
Alexa Potashnik (Black Space Winnipeg)
Madeleine Roger (Roger Roger)
For a discussion on women in the music industry.
A dance party, led by DJ Spinoline will follow.
We are proud and excited for this discussion to be moderated by The Red Tent.
*
April 14, Doors @ 9:00 / Music @ 10:00 - 2 AM
Tickets: $10 (with Brumation digital download at Music Trader and The Good Will)
$12 at the door

Growing from one man to an eight-piece orchestral band with two recorded studio albums, we are so excited to welcome back San Fermin.
Karazija wrote and recorded Low Roar’s debut album with Grammy-winning producer/mixer Andrew Scheps. Upon releasing the album in 2011, Karazija then recruited Logi Guðmonsson on drums and the two toured Europe, eventually joining the Iceland Airwaves and ATP festival lineups, as well as supported indie favourites Soko and Ásgeir.

Ninjacat Productions and the Park Theatre are very excited to announce the lineup for day one of the Manitoba Metalfest 2017:
DRI, AGGRESSION, WITHDRAWAL, SOLANUM, INFECTER and ETOWN BEATDOWN

Nectar Nightclub and Bell Media Presents: EXCISION
PK SOUND brought to you by Vision Events.
Special Effects and Lighting powered by The Nightlife Co.
Watch and Listen to EXCISION

Excision is a warrior of bass music and tested the limits of electronic music.

Martha Wainwright played at the 2016 Folk Fest with her sister Lucy Wainwright-Roche. They were even able to join their folk legend father Loudon Wainwright III on stage. It was a wonderful Folk Fest family affair!

Mayday Parade has garnered a dedicated fanbase, in their evolution from hard-working local band to global force. Delving into the musical influences that have inspired their decade-long career, the band have delivered their most exciting release to date with Black Lines. Melodically diverse, the collection of 12 stunning tracks blends driving rock riffs with the band's signature heartfelt lyrics into a whole new take on their sound.
Support on the tour will come from Knuckle Puck and label mates Milestones.

"We are stoked to celebrate our 10th anniversary of our debut record A Lesson in Romantics," guitarist Brooks Betts says. The band recently released a brand new studio track "The Problem With The Big Picture Is That It's Hard To See," taken from the special Anniversary Edition of their debut EP Tales Told By Dead Friends. The remixed and remastered EP is available as a limited edition 10" featuring exclusive glow-in-the-dark deluxe packaging and a 12-page commemorative book, and available digitally at MaydayParade.com

April 20 and 21 at 7:30 pm
April 22 at 2:00 pm and 7:30 pm
Pantages Playhouse Theatre, Market Ave, Winnipeg, Manitoba
Tickets through the Manitoba Opera Box Office online or by phoning 204-957-7842.
The Gilbert and Sullivan Society of Winnipeg presents Ruddigore: The Witch's Curse, the story of the bad Baronets of Ruddigore who have been cursed for generations. They must commit a crime every day or die in agony. Sir Despard has discovered that his elder brother Robin Oakapple, long believed dead, is actually alive. Despard transfers the title – and the curse – onto Robin. Robin’s challenge is to discover a way to overcome the curse and win the love of the beautiful Rose Maybud.

Nandita Selvanathan on Yoga and Indian Mythology
The Sanskrit term satsang means “in the company of truth” or “good company.” Please join our satsang and be in the company of others seeking to become more aware of the purposes and processes of life. Nandita Selvanathan will lead us in storytelling and chanting. The universal questions inherent in myth and the art of storytelling transcend time, culture and social status. They are a link between individuals and a powerful way to deepen understanding.

Winnipeg's local grunge-rock, alt-rock, pop-rock, rock-rock group Silence Kit releases their debut EP 'Started as a Whisper' and kick of their tour, giving it all they have with enthusiasm. They'll be met with the wall of sound known as Tusk to open up the night along with the groovy and perfectly odd Spacebutt.

Science First will be organizing a March for Science in Winnipeg, in solidarity with the March for Science DC and satellite marches planned across the United States, and the world.
We march for science!
Gather in front of the steps for a rally with guest speakers.

MBFOM (The Multiples Association) is hosting their Used Clothing & Toy Sale.
There will be a HUGE SELECTION of great quality children's items at fantastic prices.
More than 100 vendors participating.

The Body, Mind & Spirit Show
Spring is here!
Explore holistic living & spirituality, experience alternative healing, get an intuitive reading or purchase items to assist you in your journey and listen to lectures throughout the day.
Posted by Margaret Ullrich at 6:51 AM