Artists: Roberta Laliberté, Elena El, Dave Marshall, Glenna Evans Mulvihill
An eclectic group of Manitoba artists have come together to share their voices to create a compelling story, sharing works of art showcasing varied mediums and styles. Each artist’s voice is unique and very personal to each one, giving birth to works of art that spin tales to encapsulate the viewers.
*
April 27,   9-3:30 (workers in healthcare, justice, social, community supports, non-profit)
April 28,   9-3:30 (educators)
April 29, 10-3:30 ANYONE

Cost $110 all materials included, beautiful art made by you to take home!
Questions? Contact Glenna gemartwinnipeg@gmail.com or Adina adinacoach@gmail.com

Beyond The Bubble Bath - The Art Of Self-Care
Hosted by GEM Art Studio Winnipeg
A 1 Day Workshop with Glenna Evans Mulvihill of gemartwinnipeg.com
& Adina Lakser of coachingwithadina.com

Experienced educator and professional artist Glenna Evans Mulvihill (B.Ed.) and life coach, writer and researcher Adina Lakser have combined their passions, experience and expertise to create an enjoyable workshop addressing the ebb and flow of our emotional selves.

They provide insight to emotions while guiding through introspective activities, addressing the stress of people involved in the Caring Professions, and learning about risk-taking.
No special art experience required. Wear comfortable clothing.

Celebrate Life Fundraising Breakfast · Hosted by Palliative Manitoba
Guest speaker is Charlie Spiring, of the Spiring-Degelman Wealth Management Group at National Bank Financial. He is a successful entrepreneur across Canada through his wealth management initiatives. He also believes in sharing through his philanthropic endeavours. Unfortunately cancer has touched Charlie’s family. With the help of Palliative Manitoba, they believe the support they received for their family can be shared with others. 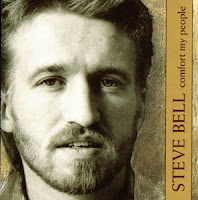 All funds raised will help us continue to provide a safe community space and offer programs that making lasting change in the lives of local families.

Dripping Tree Paint Parti · Hosted by PartiLife
Please join us for an evening of laughing and creativity.
Everyone leaves with their very own 16″×20″ painting!
NO EXPERIENCE REQUIRED.
All supplies & instruction provided. Many colour options available!
Event is open to the public. All ages welcome. Artist: Toni Dent

Manitoba Energy Justice Coalition (MEJC) is launching a leadership training program for people interested in learning more about community-organizing for climate justice.
It’s perfect training for someone interested in becoming more involved in the campaign against pipelines or who wants to build solutions to climate change in their communities. Priority will go to people committed to working with MEJC. Training Team:
- Anna McClean from Organize BC
- Joseph Wasylycia-Leis from MEJC, Leadnow, Solidarity WPG
- Alex Paterson from MEJC

Join us to dance the night away at our 6th annual fundraising social!
Besides great music, the evening will include a full late supper, a silent auction,
a 50/50 draw, door prizes, and more!

Charity Gala · Hosted by Tourette Winnipeg
Join us for an evening of entertainment, food, wine, and good company.
The evening will feature a Cocktail & Hors d'Oeuvres Hour, Silent Auction, followed by The Sisters of the Holy Rock (based on the movie Sister Act with Whoopi Goldberg).


La Lupa di Roma, a Non-Profit Women's Charity & Scholarship Fund, has graciously chosen Tourette Canada-Winnipeg Chapter as the recipient of the proceeds, to be used towards medical and educational training.

GPT Montreal Standard Prizing: Three packs of Amonkhet per player will be entered into the prize pool. Prizing will be distributed after swiss rounds, before the cut.
First place after the cut will also receive a GPT Farewell Tour 2017 playmate.

Embargo is a highly physical performance inspired by the underground punk-rock music scene in Cuba, set within our own political landscape. Follow the journey of two sisters as they are pulled apart while attempting to move beyond their reality. We invite feedback from the audience as we continue to develop this piece.


Renowned as a pioneer of cost-effective design, and for his novel brickwork, Laurie Baker’s humanitarian architecture refused to be boring. Baker tells his story, while giving detailed tours of built works. He attributes his holistic ethos to an unusual set of life experiences: an encounter with Mahatma Gandhi; caring for lepers during the war; and time spent building hospitals in remote Himalayan villages. He advised governments on housing policy, and founded COSTFORD, the Centre of Science and Technology for Rural Development. In 1992 he was awarded the Roll of Honour by the United Nations.
*
May 6: 10:30 am - 5:00 pm / May 7: 1:00 pm - 5:00 pm

Hike for Hospice, by Palliative Manitoba, at the Winnipeg Goldeyes Open House, including first day of training camp, Ballpark Behind the Scenes Tours, fun and family entertainment! The Hike will be a scenic walk down Waterfront Drive, approximately 4 Km
Hot Dogs, chips and refreshments will be served following the Hike.

For those interested in sundancing with the Two Suns Prayer Lodge (chief sundance leader, Wilfred Buck). You would make your pledges by offering your tobacco, clothes and state your reason to sundance. It will be held in Nelson House, MB at the Family & Community Wellness Centre, Inc.

Each artist will present two of their works, one solo and one with the WSO, under the direction of WSO Resident Conductor Julian Pellicano.

Bravura Theatre presents the last show in our 2016/2017 Shakespeare in the Pub series
Two Gentlemen With Coronas!
A night of beer, belly laughs and the Bard.
Script edited by Dora Carroll & Ian Bastin

GPT Vegas Legacy - One pack of Modern Masters 2017 per player will be entered into the prize pool. Players may opt to substitute and receive Eternal Masters or three packs of Aether Revolt instead. Prizing will be distributed after swiss rounds, before the cut.
First place after the cut will also receive a GPT Farewell Tour 2017 playmat.

Forged in the comedy circuit from London to Hong Kong, this  comedy icon works the room with infectious ease. His deft timing and mind leave any crowd thrilled.

****
May 9 – May 11
Winnipeg, Manitoba
To register and submit your workshop / sessions proposals

Zoom in on Girls is a series of regional gatherings for Girls Action Foundations’ National Network members, organizations and individuals who work with girls and young women.
The Zoom events aim to support and strengthen action strategies, networking, and the exchange of skills and resources on a regional level.
Posted by Margaret Ullrich at 7:06 AM