September 8 and 9
Archaeology, Rocks and Mineral Show and Sale
Learn gold panning, dig for fossils and be dazzled by the beauty of minerals.
Enjoy a Horse-Drawn Wagon Ride from 12:30 to 3:30 p.m.
Mineral Silent Auction held at 1 and 3 p.m.
*
September 14 & 15 - 7 and 9 p.m.
Manitoba Mystery Co. presents Case at the Edge of the Woods
In the fall of 1943, the Park Warden is brutally murdered. Inspector Buchanan must unravel this mystery with the help of Constable Basil Johnson, reporter Harriet Lockwood and YOU! You will move about, meet various characters, discover clues and decide who is guilty.
*
September 20 - 8 p.m.
Astronomy Night - To Boldly Go
Andrew Fazekas will take you on a journey through the universe of Star Trek showcasing how it always remained grounded in real concepts, or ones that seem plausible.
Observe the Night Sky with members of the Royal Astronomical Society of Canada.
Pre-register - $5 for members and $10 for non-members
*
September 22 and 23
15th Annual Decoy Competition
Judging will take place at 10 a.m. on Saturday
*
September 25 - 6:30 to 9:30 p.m.
Tickets are $40 for drinkers and $20 for drivers. Buy tickets at OAKHAMMOCKMARSH.CA
Celebrate our 25th anniversary with Birds and Beer Flights. Enjoy local beers from 15 craft breweries, sample delicious food and watch the nightly return of the waterfowl.
*
September 30
Migration Festival
Visit interactive stations and receive gifts. Wagon rides from 12:30 to 4:30 p.m.
See the nightly fly-in of the geese from the rooftop observation deck!

Life Drawing at Tiny Gallery// Fall 2018 Sessions
We will have Life Drawing from a live model. New model every week.
Wine/snacks by donation.
Contact leaherenberg@gmail.com about volunteering in exchange for drawing.

Join Dave Swiecicki and Jordan Miller on September 27, 7-10pm to October 9
Tuesday to Friday, 12-6pm and Saturdays 12-5pm, 6pm
A meet & greet: September 30, 12-5 & First Friday, October 5, 12-10pm.
This exhibition is about growth, change and outside influences.
Miller works as an arts consultant, artist and is the executive director and co-founder of cre8ery. In 2011 she was the recipient of the 35th Annual Woman of Distinction Award (arts). In 2015 she was one of three finalists for the Future Leaders Of Manitoba Award.

Swiecicki is an artist, musician, photographer and video artist. The camera is his main instrument although he explores in paint, image transfers and mixed media.
*
October 20 at 7 PM - 10 PM
$20 per artist, please bring your drawing supplies and paper.

Where Architects Play - This exhibit showcases cottages designed by Winnipeg architects for themselves, from the 1960s to the present day. Exhibit Opens: October 4 at 7 PM - 9 PM
**
October 9, 7 pm
Rady Centre, 123 Doncaster
Admission free

The Manitoba premiere of RAMS, directed by Gary Hustwit, with music by Brian Eno.
Dieter Rams has left an indelible mark on the world. So many of us have had a Braun coffeemaker, shaver, stereo, calculator, speakers, or alarm clock. Or an Oral-B toothbrush.

The Good Will Social Club & UMFM are proud to present
Black Joe Lewis & The Honeybears with Paul Cherry
Sonically inspired by the hill country blues of Junior Kimbrough, cowpunk style of The Gun Club, and the southern soul of Stax, Black Joe Lewis & the Honeybears’ album charts new territory with a heavy stream of lyrical consciousness.

Paul Cherewick, monikered Paul Cherry, abandoned the lofi rock sound of his first EP “on Top” and spent the next two years exploring the nuances of jazz and pop. Cherry has completely reinvented himself on his upcoming LP, Flavour.
*
October 8 at 8 PM - 11 PM
Tickets  https://www1.ticketmaster.ca/event/110054F0C28A274A

Jonathan Richman and his drummer Tommy Larkins win fans wherever they play. In the early 1970s, Jonathan formed the noted band The Modern Lovers. Tommy Larkins was in the groups Naked Prey, Giant Sand and other popular bands in Tucson, Arizona.
*
October 9, Doors 7pm / Show 8pm - 11 pm
$15 at Into the Music Osborne, The Good Will and Ticketfly
18+ w/ valid ID

The Good Will Social Club & UMFM  are proud to present Suuns with Frigs
You can hear freedom flowing through the 11 tracks on Felt. Self-produced then mixed by St Vincent producer John Congleton, the informality of self-production has enabled Suuns to explore bright new vistas – the hypnotic future-pop percolations of X-ALT or Watch You, Watch Me’s organic/synthetic rush of elevatory rhythms and the ecstatic, Harmonia-meets-Game Boy patterns. Ben Shemie has a vocal range and a penchant for buoyant melodies. The suitably outré image for Felt breaks with Suuns’ earlier darkness for a more optimistic ambience. https://suuns.bandcamp.com/

Frigs is a Toronto-based band that pairs the raw, emotional grunge of PJ Harvey with the psychedelic post-punk of early Sonic Youth. FRIGS creates a sound that is hard to pin down. Led by the force of Bria Salmena’s vocals and embracing the mercurial and experimental, their shows are built upon instinct.  https://frigs.bandcamp.com/
*
October 11, Doors 8pm / Show 9pm - midnight
$15 at The Good Will, Into the Music Osborne and Ticketfly
18+ w/ valid ID

The Good Will Social Club & UMFM present Cadence Weapon with Fat Tony & Hua Li
Cadence Weapon has consistently exhibited a passion to take rap into new and unexpected directions. Born in Edmonton, Roland “Rollie” Pemberton’s father Teddy, a Brooklyn native, was the DJ that introduced hip-hop to Edmonton with his pioneering radio show The Black Experience in Sound. In 2010, he was posthumously inducted into the Hall of Fame at the Stylus DJ Awards. Rollie started rapping at age 13.

Cadence is back with a new self-titled album that expands his stylistic range by incorporating elements of trap, funk, electro, techno and grime. Featuring guest appearances by Blue Hawaii and Deradoorian and production by KAYTRANADA, Jacques Greene, FrancisGotHeat, Harrison, Dubbel Dutch and more, this record finds Cadence refining his songwriting as he explores themes of individuality, race, technology and existentialism through his expressive lyrics.
*
October 14, Doors 7pm | Concert 8pm - 11 pm
Tickets   https://www.ticketfly.com/purchase/event/1725305

The Good Will Social Club 4th Anniversary Party featuring
Tokyo Police Club, with special guests Fleece
In January 2017, Tokyo Police Club embarked on a tour to celebrate the tenth anniversary of their acclaimed debut EP, A Lesson In Crime. It was a decade that saw the Toronto quartet touring with Weezer and Foster The People, gracing the stage of virtually every major festival in North America and Europe, and playing countless sets in venues of every size and description. They were also on an episode of 'Desperate Housewives'. The tour ended with the band joined onstage by support act CharyBliss.

Oktoberfest Beer Tasting Festival
Clink your steins and break out your Lederhosen! Join the festivities and enjoy live entertainment, traditional German fare. Take part in Oktoberfest themed gaming and contesting, all while sampling over 100 beers and ciders at over 40 booths.
Join 500 other beer lovers in saying PROST!

Fortunate Ones is Newfoundland’s JUNO-nominated duo, Catherine Allan and Andrew James O’Brien. Known for dynamic live performances with an effortless union of voices in harmony, they deliver messages of reflection and optimism, endearing audiences across Canada and beyond. Their songs celebrate coming of age, ambition, decisions, and the resilience of the human spirit. Their new album is Hold Fast.
*
October 17 at 8 PM - 11 PM
Tickets  https://www1.ticketmaster.ca/event/110054F36A411014

An Evening with They Might Be Giants (no opener)
With their critically acclaimed new studio album, I Like Fun, Brooklyn’s legendary alt-rockers They Might Be Giants are back with a brand new two-set show. With an expanded line-up of musicians, the show includes all-time favourites, fresh rarities, and spur-of-the-moment improvisations. They are dedicated to making each performance a high-volume celebration. It’s always spontaneous and occasionally ribald, and now they’re on a full tour with show-stopping trumpet genius Curt Ramm (Nile Rogers, Bruce Springsteen). Their 80-city world tour includes the US, Canada, and Europe. 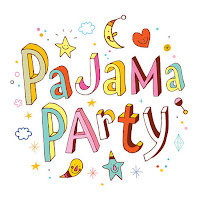 The friends of 10 Acre Woods are putting on a family friendly Pajama Bingo Bowl that will go towards upgrading the animal pond.

In typical bowling, the tv screen has a list of the players playing, where each player individually tries to get his/her best score. In Bingo bowling, the tv screen represents a bingo card. In each square it will represent a different point value. One square you may need a spare or a strike. In another you need 10 points. The object is to get a black out bingo. It is about working together as a team. Each player goes up one by one and has up to 3 tries to get what you need.

We have silent auction draws, prize draws, 50/50 draw, door prizes and a snack. It is a pajama themed bingo bowl for those who wish to participate in a special prize draw.


Gimli Film Festival showcases over 100 feature films, documentaries and short films from Manitoba, Canada and abroad, that promise informative, fascinating and riveting entertainment. The five-day festival in the last weekend of July also presents free evening screenings on a 35-foot screen perched above the beautiful waters of Lake Winnipeg.

The World Is In A Bad Fix Everywhere, an EP of early 20th century gospel music was released in 2013. An EP of Magnetic Fields covers called Tomorrow's Homes Today was released later that year. They released a digital mixtape of compilation tracks and rarities called Plastic Owen Band in 2014. Nephew in the Wild, a new album of original material, was released in 2015. PopMatters named it the #1 Indie Pop album of 2015.

Beyond Black History Month: Contributions & Challenges
Hosted by Manitoba WISE Inc.  (204) 453-1379  manitobawise.com
At the Working in Support of Equality Breakfast, our guest speaker is Joanne St. Lewis, a Law Professor in the Common Law Section of UOttawa. Her current areas of research include digital defamation and social justice communities, sexual violence and online harassment, and issues of racial profiling and terrorism policy.

Calgary's Reuben and the Dark - Arms of a Dream Tour is a collection of five multi-instrumentalists and vocalists led by Reuben Bullock. They make chilling, emotive folk and soul driven by dark, introspective lyrics that explore the duality of misery and joy. They have emerged from Canada's independent scene on the strength of often anthemic compositions that translate the language of emotion into song with haunting clarity.

Since their last studio album, "Monterey", Pattengale has moved to, and is now producing records in, Nashville. Ryan now works as a producer on "Live from Here with Chris Thile," the reboot of "A Prairie Home Companion." Recent events provided a bruising background for the record, yet the project is somehow bigger than any personal grief. Two-part harmonies ride acoustic guitars high above the haunting landscape created by the presence of the band.
With The Barr Brothers