Law Day 2019 · Hosted by MBA Law Day/ ABM Journée du droit
Come out and learn about the law
• Guided Tours of the Law Courts and Lock-Up
• Demonstrations by a drug detector dog and its handler
• Demonstrations by a Victim Service intervention dog and its handler
• Legal Information Sessions (Law as a Career, Judicial Independence and Frauds & Scams)
• Interactive Exhibits and Displays
• Student Debates and  Mock Trials in English and French
• Special Sitting of Citizenship Court
For more information: https://cba-mb.ca/For-The-Public/Law-Day/LawDayWinnipeg

Mother of All Dragons Spring Crafts Show is a unique event for Spring.
It is a Fantasy, Sci-Fi, Steampunk and Pop Culture themed Craft Show!
View their works  https://motherofalldragonsspringshow.weebly.com

Come to our Spring Garage Sale!
Rent a table and sell some things or come and buy some great "new" stuff!
VENDORS WELCOME! Call the centre for more information - 204-783-5330
Tables are $25 to rent. Please pay in advance at the centre.

Karen Bate will be joining us to discuss her "MayFair Mystery" series, her decision to become a crime writer, and other subjects besides!
Her books will be available for sale, and to be signed after the Q&A.
Refreshments to be served / Kid Friendly
*
April 27, 10 AM – 10 PM

Canadian Independent Bookstore Day
We will be taking the last weekend in April to celebrate ourselves. What that really means is a celebration of you who allow us to be ourselves. Give-aways, prizes, treats, etc.

The uncrowned King of Kensington, Corin Raymond, returns to his native land of Winnipeg.
With a deluxe closing set by Andrew Neville and the Poor Choices.
*
April 27, 3 PM – 6 PM

We are very pleased to present a special birthday tribute to our hero and mentor, the legendary Reverend Percy Tuesday (1942-2014).
Hosted by an all-star band led by Dwayne Dueck, Dan Thiessen, and Gerry McIvor.

Justin van Damme is a song-writer, performer, and garbage photographer. His work is sparse yet lively, full of raw character and unadorned. His vocals are accompanied by a distinctly forceful and thumpy-brutalist guitar-style that straddles rock, blues, and folk.

His solo DIY sound is a meditation on self-reliance and a response to the question of how one artist can sound big without loops or samples. Justin van Damme as Himself is comprised of single-take sessions and is inspired by the honesty and intensity of pre-war blues recordings.
He is an artist in residence at the West End Cultural centre for the 2018/19 season.

It started with a story from Keri Latimer’s family history. A tale of the great-grandmother she knew as tiny and soft-spoken, a gentle soul who only spoke Japanese. Who would have guessed that, in her youth, that same little old lady stabbed a man with a pair of barbershop shears?
Now all of those stories come together on Citizen Alien, the new album from Winnipeg folk duo Leaf Rapids. The project is a labour of love for Keri and her husband, Devin Latimer.
Each of the 10 songs spins out a thread, binding history and identity to time and place.

Sunday Afternoon Jam Sessions, featuring Beav & the Beg, Borrow & Steel Band!
We're 'Rockin' with the Beav and the Beg, Borrow & Steel Band every Sunday!
All musicians are invited to join in our Sunday Jam Sessions every Sunday from 3 - 7!
All musicians, singers, and fans welcome!
It's Happy Hour all day long and the famous Bubba Burger is half off!

The Children’s Hospital Book Market, established in 1961, is the longest-running fundraiser in support of the Children’s Hospital Foundation of Manitoba. The concept is simple. Members of the community drop off used books at our various outlets, and volunteers sort, mark, pack and price books that are then sold at two annual sales, in April and September. The Book Market has raised over $8 million in support of child health care in Manitoba!

Books can be dropped off at any Winnipeg Fire Hall or Dufresne Furniture store. Additional information can be found at https://goodbear.ca/events/childrens-hospital-book-market/ or by calling the Book Market info line at (204) 783-1125. 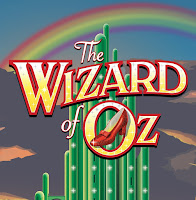 The Making of a Ballet
Have you ever wondered how a story, concept, or idea evolves into a ballet?
Join Tara Birtwhistle, RWB’s Associate Artistic Director, as she hosts an educational, insightful behind-the-scenes look at the making of The Wizard of Oz ballet before the curtain rises on this Canadian Premiere.
Meet some of the creative minds behind the choreography, costumes and sets.

Canada's Royal Winnipeg Ballet is proud to close our 79th season with the Canadian premier of The Wizard of Oz.

L. Frank Baum’s tale of family, friendship, and courage is vividly brought to life by choreographer Septime Webre in this family friendly ballet. Join Dorothy, the Scarecrow, Tin Man and the Cowardly Lion as they journey down the Yellow Brick Road to the Emerald City. Filled with all the familiarity of the classic story, yet realized with a bold, new spectacle of music, costumes, sets, projections and special effects. (Story lines and visual elements from MGM's The Wizard of Oz provided by Warner Bros. Theatre Ventures.)

Urban Ecology Walking Tours: WATER ~ Return of the Floodwaters
Hosted by Learning from the Land, in the City
Visit www.urbanecologywinnipeg.ca for more information, a complete list of confirmed speakers, and to book a spot. Tickets are FREE but space is limited.

This is the first in a series of four seasonal walking tours exploring the ecology of Winnipeg’s urban landscape.
Join us as we gather on the flooded banks of the Red River to talk with local experts about our relationship with water in the city.
The story of the annual cycle of flooding on the Red and Assiniboine Rivers goes back thousands of years. It is a fitting place to begin our series exploring the connection between systems in nature and cities. Topics include:
- The traditional cultural and spiritual significance of water for Indigenous peoples
- The geological history of the Red River valley, the glaciers' retreat and the function of watersheds
- The annual cycle of flooding and its importance for the wildlife, plants and ecosystems
- Colonization and the ways that urban development has changed the rivers
- The infrastructure of water access and control, Winnipeg's Aqueduct and its devastating impacts on the Shoal Lake 40 First Nation community
- The downstream impacts of storm water runoff and sewage spills into the Red River
- Green infrastructure solutions that can help manage water resources in resilient ways

This project is gratefully supported by the Centre for Indigenous Environmental Resources, HTFC Planning + Design, and Green Action.

Hidden Winnipeg - an architectural scavenger hunt
The hunt will begin and end in Old Market Square.
Join us for an architectural scavenger hunt. By bike, on foot or by wheelchair, solve clues to discover the stories behind Winnipeg buildings and landmarks. There will be two versions of the hunt - by bicycle or on foot. Teams of all ages are welcome.
For more information, www.winnipegarchitecture.ca website under “Events”. Kid Friendly

****
April 28 to May 4
Tickets at https://www.winnipegcomedyfestival.com/buy-tickets/tickets, and the Box Office at the Gas Station Arts Centre, 445 River Avenue, on Thursday to Saturday, 11am to 5pm

More than 70 comics will perform in over 30 shows at venues like Club Regent Event Centre, The Metropolitan Entertainment Centre, The Forks, Millennium Library, The Fairmont Lounge, Wee Johnny’s, and the Gas Station Arts Centre (GSAC).

The Fest turns 18 this year and I am so proud of our thrilling lineup of shows, says Winnipeg Comedy Festival’s Artistic Director Lara Rae, whose final year at the helm is 2019. Dean Jenkinson will assume the role of Artistic Director for the 2020 festival.

Host and Gemini Award-winning actor/comedian Shaun Majumder starred in the Farrelly Brothers Fox comedy Unhitched in 2008, and is a cast member of This Hour Has 22 Minutes. His documentary series Majumder Manor told the story of his dream to transform his home town into a sustainable high-end tourist destination.

PechaKucha Night - 20x20 on 1919
Hosted by The Winnipeg Foundation and PechaKucha Night Winnipeg
The 1919 General Strike united citizens, shut down a city and revolutionized workers' rights across a nation. Hear artists, writers and filmmakers present tributes to the event that changed Canadian history forever - PechaKucha style!
Posted by Margaret Ullrich at 4:30 PM